Our most recent edition to the Squadron line-up, and the subject of the recent 'name our soap' competition, "Red Lead" is now available.

Its a manly classic mix of nutmeg, lemon, star anise with middle notes of geranium, cinnamon, musk and tonka bean. Quite simply this is our interpretation of Old Spice, and we think it's pretty damn close.

At this stage it will be available until January 2018, but may stay around if popular.

For those that missed the story behind the name, thanks to our resident serving pusser, and winner of our competition @the_shaving_sailor -

"It was thought to be bad luck for the ship’s cat to leave the ship, and there is an Australian story of a straying cat whose ship went down. This is the story of Red Lead, the black kitten mascot of HMAS Perth

In January 1942, HMAS Perth, with a crew of over 600 men, was tasked with preventing the Japanese advance across south-east Asia. En route they stopped at Fremantle, where, it is thought, little Red Lead joined the ship. The cats favourite spot was curled up in the cabin of Hec Waller, the ship’s captain.

On 27 February, HMAS Perth joined a fleet of British, Dutch and American ships to stop a Japanese naval convoy from landing on the island of Java. The allied fleet was outnumbered; its ships were picked off by Japanese planes and the heat of battle sent Red Lead to hide in his favorite place till Perth withdrew, and returned to safe harbour. It is reported that while at harbour, Red Lead tried to leave the ship, no less than three times. But in each instance spotted “deserting” , was intercepted, and returned to his post. The ship’s log for the day read :

"Red Lead, ship's kitten, endeavoured to desert, but was brought back on board, despite vigorous protests."

Several of Perth’s crew observed this and were dismayed, seeing Red Lead’s escape attempts as a bad omen for their future.

Very sadly, Red Lead’s instinct was proven. The next day, HMAS Perth and USS Houston sailed for the south coast of Java and met a large fleet of Japanese ships. After a desperate battle, the Perth was sunk. Over 350 men, including Captain Waller, and one little black kitten, were lost.

Red Lead was named after the pawprints she trekked through the ship after walking through red paint which annoyed the WWII sailors no end.

All the best for the launch, it's set to be another very popular fragrance

Soap labels leave something to be desired @SchoolForAnts.

You know what I am talking about

SchoolForAnts said:
Needs more nakedness? @nsavage
Click to expand...
Off the topic I had to post this just in case if @SchoolForAnts doesn't think too soon 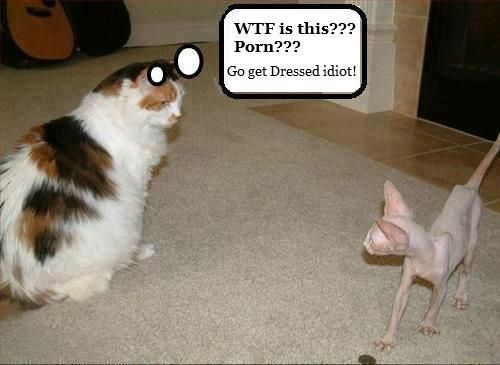 @nsavage obviously hasn't found Sweetheart as yet. Naked and curvey, and an excellent scented and performing soap as well!

RustyBlade said:
@nsavage obviously hasn't found Sweetheart as yet. Naked and curvey, and an excellent scented and performing soap as well!
Click to expand...
Trust me, I have seen the label

The scent is spot on - without knowing anything of the background, when I opened my tub for the wife's sniff test (surely I'm not the only one who's soaps must pass such a test?) her only comment was "it's old spice".

Happily, my wife likes the scent of old spice (and so do I, for what that matters).

Cheers, thanks @BrisbaneShaver - and yep my wife does the sniff test for everything I buy too.

...is a cheeky monkey

SchoolForAnts said:
Cheers, thanks @BrisbaneShaver - and yep my wife does the sniff test for everything I buy too.
Click to expand...
Ditto

Everything a strapping young lad or old sea dog needs to set sail on the blue yonder.